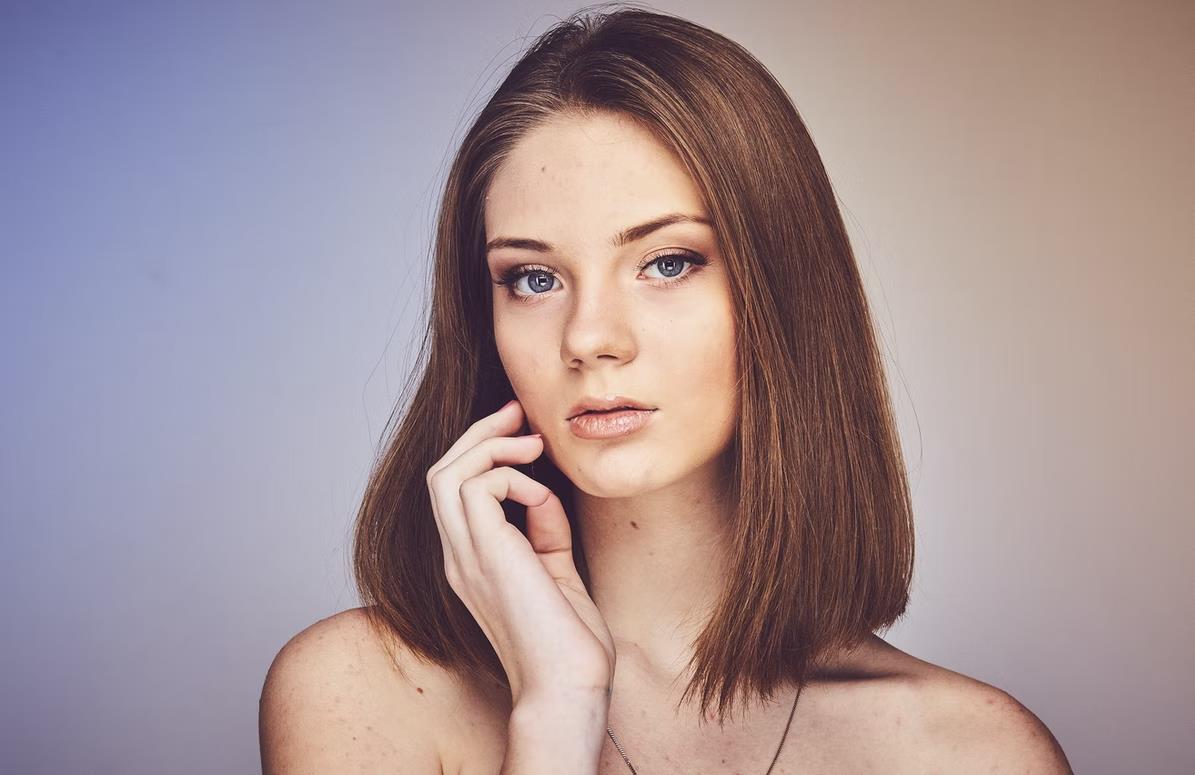 Professionals
Published by May Lips

MOST POPULAR 4 BRANDS OF BOTOX INJECTIONS IN 2022

What is botox, How Botox is used?

Botulinum toxin is an effective “rejuvenating” agent for the maintenance and preservation of beauty. It has been used successfully around the world for decades. Botulinum toxin does not turn back time, but it is a powerful protein-based myorelaxant that relaxes facial muscles. As a result, the skin above them becomes smoother, reducing the visual expression of wrinkles.

Despite advances in technology, there is no more effective remedy than botulinum toxin. It works quickly, does not provoke serious pain, does not have many serious side effects, and provides visible results for a long time.

What Are the Benefits of Botox?

Botulinum toxin injections have two purposes: cosmetic and therapeutic. We will talk about the first one. The procedure in cosmetology is used to

It is important to note – in clinics, different botox brands procedure is performed on patients above 18. The main role played by indications. If you already have them at the age of 20-25 years, then injections should be done to prevent premature aging. At the same time, it should be understood that at the age of 50, the effect of rejuvenation may not be as promoted by botox brands.

What are the 4 types of Botox brands?

Botulinum toxin is the active ingredient, but most ordinary people call “Botox” almost the entire range of drugs in this group. This name has become a common noun, many people say “made Botox”, “made an appointment for Botox. Although beauticians use a whole group of muscle relaxants of different brands of botox, among which are drugs of American production – “Botox” directly. And then there is an analog of French origin “Dysport”, German “Xeomin” and Korean “Botulax”.

American brand drug that has become the common name for all botulinum toxins. For a long time, Botox was the unique drug in cosmetology, which had the effect of rejuvenating and eliminating wrinkles through its effect on the muscular system. The drug contains a high content of botulinum toxin. This makes it possible to achieve the desired result using a smaller number of units than in similar preparations.

French-made product and one of the most prominent competitors to Botox. The drug also contains botulinum toxin type A and human albumin, but with lactose as an auxiliary component.

German “Botox” contains botulinum toxin type A, albumin, and sucrose. The difference between Xeomin and its predecessors is that it does not contain protein, which means that the risk of an allergic reaction is almost zero.

What is the difference between Botox and fillers?

Botox and fillers are fundamentally different things. The first “freezes” the expression lines, that is, in these areas, the facial muscles stop moving. As a result, the appearance of frown lines does not progress over time and they are less noticeable. However, the wrinkle itself does not go anywhere.

Fillers have a different effect. They add volume to the injection sites. This can be as a literal filling of the wrinkle (for example, in the area between the eyebrows), and changing the contours of the face (hence the name – contour plastics). For example, you can make the cheekbones higher, and the chin – a little more pointed. As a rule, the beautician selects an individual scheme for specific problems: in some areas relaxes the muscles with Botox, in others – adds volume with fillers.

What is the best Botox brand?

When choosing a botox brand for face, let your doctor decide.

The first thing the doctor will do is to take a medical history, based on which he will prescribe the right drug. The smallest details are important here – individual characteristics, lifestyle, bad habits, the passage of parallel treatment courses, a tendency to allergic reactions, etc.

What brand of Botox lasts the longest?

The persistence of the effect of “beauty shots” depends on the individual characteristics of the patient’s body. Statistically, wrinkles and “creases” are smoothed out for 3-4 months. After that, the procedure should be repeated if desired.

The duration of the effect of the American drug Botox is 4-6 months. The German Xeomin and Korean Botulax also claim duration of effect of up to 6 months. The most durable effect, according to studies, has the French drug Dysport: from 5 to 8 months.

4 Most Popular Brands of Botox Injections in 2022

Botox is a unique, time-tested medication from the American brand Allergan. It is the most widespread remedy, perfectly studied and understood by the overwhelming majority of

The main advantages of Botox are:

The main disadvantage of Botox is its high cost. Compared with analogs of this brand, the original drug is more expensive, and therefore many patients refuse “beauty injections”.

Xeomin is a German-made rejuvenating agent from Merz Pharmaceuticals. It has been produced and actively used by cosmetologists since 2008. Due to its effectiveness, it is widely used throughout the world.

Among the advantages of “Xeomin” is its unique purity, which is achieved through a special purification process. This excludes the presence of protein compounds in its composition. As a consequence, the drug ensures the absence of negative reactions – including serious allergies and gives good sensitivity when working with tissues. Most cosmetologists recommend using Xeomin for the first use of botulinum toxin drugs. The storage conditions of the drug mustn’t be as demanding as in the case of other botox brands. The effect lasts for 3-6 months.

The advantages of Xeomin also include

The analog of “Botox” by the French manufacturer Ipsen Pharma. The drug is valued by cosmetologists and their clients for its affordable cost and high effectiveness. It is used for primary or secondary insensitivity of a person to the American “Botox”. Due to its special composition, it works in the tissues, eliminating expression lines where an “older” analog was powerless.

The main advantage of “Dysport” is the rapid effect. This is the opinion of not only the majority of patients but also of cosmetologists. Practical observations show that the drug starts to work faster than the previous preparation. And if you want to look flawless shortly, then use “Dysport” – only two to three days after the procedure, the skin will be smoother, tighter, and wrinkles will be reduced significantly.

It is also important that the price of “Dysport” is lower than that of “Botox”. The difference is on average 2-3 times. However, the cost does not affect the intensity and result, because the “saturation” of botulinum toxin in this product is quite high. The duration of the effect is 5-8 months.

Botulinum toxin is made in South Korea. The composition of the drug is the same as in Botox.

Clinical studies of Botulax for market approval in the U.S. and Europe have shown that Botulax has the same effect as Botox on the tissue into which it is injected. When injected in the right amount, it reduces the activity of muscle tissue contraction. We can add that the drug leads to complete relaxation of the injected muscle and further disappearance of wrinkles in that area, and, under favorable conditions, of skin folds.

However, unlike Botulinum Toxin, the effect of Botulinum toxin therapy is only noticeable on the 10th-14th day after injection and lasts 5-6 months. The product is used both for correcting facial wrinkles and for modeling facial contours.

Comparison of Botox and other brands

Of course, we didn’t tell you about every brand of Botox. There are Japanese and Chinese analogs of the drug, but we told you about the most popular brands in the world.

If you wonder which manufacturer Botox is better, there is no obvious answer, because everything is very individual.

Only a specialist can determine which Botox is better to be injected during individual consultation, after a complete examination and understanding of the objectives to be worked with. There is no need to guess the most suitable brand for botox injections, it is enough to address a qualified specialist, who will choose the most effective drug specifically for your needs and take into account the characteristics of your skin!

1. What brand of Botox lasts the longest?

It all depends on the individual characteristics of the body. But according to studies, the French Dysport may have a 1-2 months longer effect duration.

2. What is the most common Botox?

Most often it is the upper third of the face: the brow, the forehead, the corners of the eyes. There are techniques for the neck area (“Nefertiti lift”) as well as for the chin.

3. What is the difference between Botox type A and B?

Botulinum toxin type A and type B are the only two serotypes approved for cosmetic use. In addition to the composition, botulinum toxin types A and B differ in the way they are prepared for use, thus, dilution, injection procedure, the specific mechanism of action, duration of results, cost of treatment, and other factors.

4. Are there different grades of Botox?

There are no varieties of Botox. Botox is stored as a powder in a bottle. The bottle itself can contain from 100 to 200 units of the substance. Before the injection procedure, the doctor dilutes the powder in saline solution.

Published by May Lips

5 the Most Popular Facial Fillers Brands in 2022

Published by May Lips

MOST POPULAR 4 BRANDS OF BOTOX INJECTIONS IN 2022